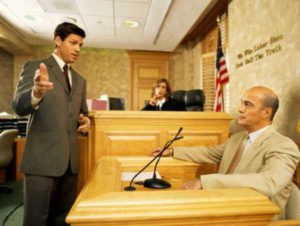 Kent v. Dulles (1958) is a United States Supreme Court case that ruled that the right
to travel was one of the personal liberties described in the Fifth Amendment to which no citizen can be denied without due process of the law. Rockwell Kent, who was attempting to travel to England found his passport denied because of his involvement with the Communist Party.

Kent was told that he would not be issued a passport unless he signed an affidavit that denied his relations with the Communist Party. Kent determined that this was a violation of his rights, and he sued in the District Court to obtain relief, where he was once again, was asked, and refused to sign an affidavit. Kent then appealed the
decision to the Supreme Court.

In the decision of Kent v. Dulles, the Supreme Court examined the three liberties expressed in the U.S. Constitution: life, liberty, and property. The Justices determined that freedom of movement is included in this phrase and is one of the basic rights of citizens. This right, which they termed “freedom to travel”, cannot be denied to someone without due process of the law.

The Supreme Court also examined the extent of the authority of the Secretary of State to
deny passports to citizens. Based on the precedent of Korematsu v. United States, it also took into consideration this authority during wartime. It found that the Secretary of State, under the due process of the law, had the right to deny passports under two conditions: if the applicant was using a passport in order to participate in some kind of illegal conduct and if the applicant was not a citizen of the United States. The Court determined that the primary use of a passport, in this case, was to exit a country, which, under the freedoms provided in the Fifth Amendment, fell under the category of the right to travel.

The Court held that the Secretary of State did not have the authority to deny a passport
in this case. Kent was not offered the due process of the law when he was denied his passport. Kent v. Dulles was decided on 5-4. Kent was offered a passport and, as a result of the ruling, the questions concerning Communist Party affiliation was no longer included in passport applications. Justice William Douglas wrote the majority opinion while Justice Clark wrote the opinion for the dissenters.

The main argument of the dissenters was that the authority of the Secretary of the State did extend to the denial of passports to those citizens whose travel would be contrary to the interests of the United States. Kent had intended to attend a World Council of Peace Conference which was said to promote the interests of the Communist Party. Justice
Clark and the dissenters argued that during wartime or in peacetime the Secretary could prevent citizens from traveling, under the assumption that it posed a national security risk. However, the majority opinion held in Kent v. Dulles that denying the right to travel without due process of the law was unconstitutional. 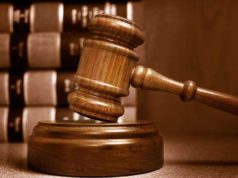