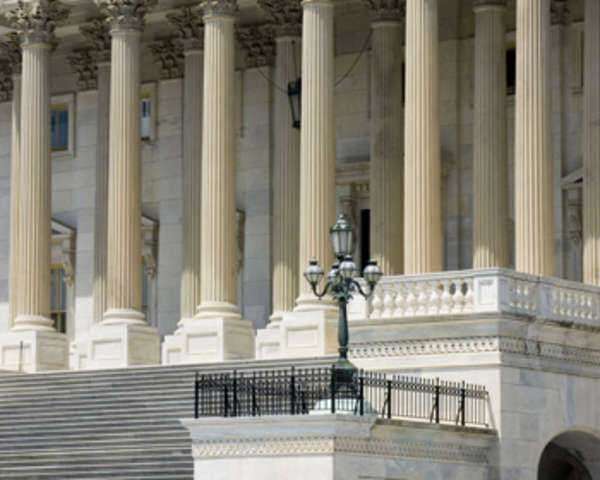 What is the 18th Amendment?

“Section 1. After one year from the ratification of this article the manufacture, sale, or transportation of intoxicating liquors within, the importation thereof into, or the exportation thereof from the United States and all territory subject to the jurisdiction thereof for beverage purposes is hereby prohibited.

Section 2. The Congress and the several States shall have concurrent power to enforce this article by appropriate legislation.

Section 3. This article shall be inoperative unless it shall have been ratified as an amendment to the Constitution by the legislatures of the several States, as provided in the Constitution, within seven years from the date of the submission hereof to the States by the Congress.

Section 4. Cases relating to this question are presented and discussed under Article V.

Enforcement Cases produced by enforcement and arising under the Fourth and Fifth Amendments are considered in the discussion appearing under those Amendments.”

Stipulations of the 18th Amendment

The 18th Amendment imposed a legislative statute entitled Prohibition, which limited the consumption of alcohol to a small number of circumstances; however, the ownership, sale, or possession of alcohol was considered to be illegal

Due to the prohibition expressed within the 18th Amendment, clandestine institutions providing the illegal disbursement of alcohol emerged – these operations were commonly referred to as ‘Speakeasies’

States Not Participatory in the Ratification of the 18th Amendment

Statutes Associated with the 18th Amendment

The Eighteenth Amendment is the only Amendment to ever have been repealed from the United States Constitution–via the inclusion of theTwenty-First Amendment. The 18th Amendment called for the banning of the manufacture, sale, or transportation of alcoholic beverages. Known as national Prohibition, the Eighteenth Amendment banned “intoxicating liquors” with the exception of those used for religious rites.
It is also the first Amendment to impose a date by which it was to be ratified. If the deadline was not met, the Amendment would be discarded. The ratification of the 18th Amendment was completed on January 16th, 1919, and would take effect on January 17th, 1920.

It is important to note that the 18th Amendment did not prohibit the consumption of alcohol, but rather simply the sale, manufacture, and transportation of alcoholic beverages. As a result of the Temperance Movement, the concept of Prohibition had already been implemented by many states prior to the ratification of the Eighteenth Amendment.

Therefore, the 18th Amendment was quickly ratified into law.
The Temperance Movement would prove to become a powerful collection of individuals and factions that would garner a certain political power, which many politicians were afraid to confront. Church groups, the business elite, feminists, and political reformers were moving toward a dry society and began to call for a nation-wide law banning alcoholic substances.

Initially, Senators were against a Prohibition movement but were also reluctant to vehemently vote against it. That is why a deadline was included within the proposal for the Eighteenth Amendment, calling for the ratification to be completed within seven years. However, this provision would not prove to be effective, for forty-four states approved the 18th Amendment in just over a year’s time from its introduction.
The reluctance of the political powers also was reflected in imposing the effect of the Eighteenth Amendment a year from the completion of the ratification process. They did so in order to provide the liquor industry some time to adjust to what would essentially decimate the industry for the following ten years.

The implications of the 18th Amendment proved to be more negative than positive, for the effects took a turn for the worse rather than providing for a “dry” utopia. It was during the Prohibition Era that gave rise to organized crime in the United States, where criminals began to find illegal means to provide for the demand for alcohol. The creation of the mafia and mobsters led to a period of violence that would make the Government evaluate which was the greatest of two evils: alcohol or organized crime factions.

The Volstead Act, a bill that was introduced to provide for the definition of terms used in the Eighteenth Amendment was passed on January 17th, 1920, after Congress overrode the veto by President Wilson. The Volstead Act defined intoxicating liquor as any beverage containing more than 0.5 percent alcohol. Beer and wine would also be banned as a result, which led to much controversy as well.

Further provisions would be enacted as a result of the Eighteenth Amendment, such as the restriction of medicinal liquor prescriptions, allowing searches without warrants in automobiles, and wiretapping of telephones for surveillance of illegal alcohol activity. It was not until 1933 when the overall effects of the 18th Amendment would prove to be more negative than positive, that the 21st Amendment repealed the Eighteenth Amendment completely and removed from Constitutional law.