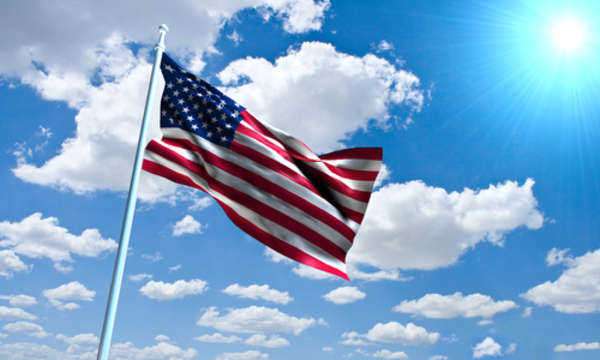 The election of 2000 between George W. Bush and Al Gore remains one of the most recent examples of a contended and unclear election to have cropped up.

In the election, Al Gore theoretically won the popular vote, while George W. Bush won the Presidency with 271 electoral votes, one more than was needed for an absolute majority and five more than Al Gore won. The real dispute surrounding the election erupted from determining where Florida’s 25 electoral votes would go, as the disposition of those 25 votes would determine the results of Bush vs. Gore.

Before Florida’s electoral votes had been tallied, the popular vote was already in Gore’s favor and so was the electoral vote at that point. Bush vs. Gore was already a clearly close race, not least because neither candidate had the necessary 270 votes for an absolute majority. New Mexico and Oregon, the last two states to be declared in the Bush vs. Gore contest before Florida, were both declared in favor of Gore, boosting Gore up to 266 votes. But the 25 votes of Florida were all that mattered to the race as a whole, as those 25 votes would determine the winner of the election.

The popular vote in Florida was incredibly close, and the counting of Florida’s votes was characterized by a consistent swinging back and forth between the two poles of the Bush vs. Gore race. At points, it looked as if Gore had won the race, only for more votes for Bush to be counted. At other times, it looked as if Bush vs. Gore had tipped in favor of Bush. This was towards the end of the counting process and Gore actually conceded to Bush.

But the popular vote in Florida was not over yet and the remaining counties that had not had their votes tabulated were all strongly Democratic. The disparity of votes between Gore and Bush shrank to about 300 votes in Florida, and then 900 votes with the addition of overseas military votes, in favor of Bush. This was after a State law mandated recount by machine because the popular vote in the State had been so close.

But Gore was not willing to let the Bush vs. Gore race end without a fight, not when it was clearly so close. He continually made requests that the popular vote of Florida be recounted by hand in four specific counties. The Florida Supreme Court had to make a decision on whether or not it would extend the deadlines to allow for a manual recount, even though Florida law clearly stipulated the deadlines for the counting of the popular vote.

As every Florida county raced to finish its recount, Palm Beach County, unfortunately, fell behind. When the deadline arrived, it had not finished and its partial recount results were therefore rejected. The Bush vs. Gore election looked to be going to Bush.
But Gore did not want to let the election go to Bush, not when the popular vote of Palm Beach County had not been counted.

Through a wide variety of court proceedings, Gore attempted to have the ballots recounted by December 12th, when electors had to be selected. Eventually, the Bush vs. Gore fight officially fell in favor of Bush, when Judge N. Sander Sauls ruled that Gore’s requests for a recount would not amount to any change in the election results and would simply be a waste of time.

There was still more debate to go on, as there had been some accusations of wrongdoing on the part of the Republican election. These election workers were accused of changing the results of the popular vote by illegally altering the absentee ballots sent in for those counties and even of removing applications for absentee ballots from the local offices. These motions all failed, however.

Additionally, Gore had appealed the decision of Judge Sauls to the Florida Supreme Court which, with only 4 days left, ordered the recount be conducted, but the United States Supreme Court put a hold on the recount and later decided that Gore could not receive a recount in his attempts to remedy the election problems. As such, the Bush vs. Gore race officially went to Bush, when Gore conceded on December 13th.

The election of 2000 stands out as one of the most problematic elections in American history, not least because of the dilemma of how to deal with a recount. Even today, many do still feel that the popular vote should have impacted more on the overall election process, as Gore did win the popular vote even as he lost the electoral vote. Many also believe there was much wrongdoing on the part of Republicans who adjusted the votes, even though such accusations have never been proven.

Indeed, those who did go back over the votes eventually found that no recount would have given Gore the votes he would have needed to win the Bush vs. Gore contest. But the election shows many of the problems in the Electoral College system, and the occurrence of the 2000 election allowed lawmakers to prepare for the eventuality that a similar situation should crop up again.