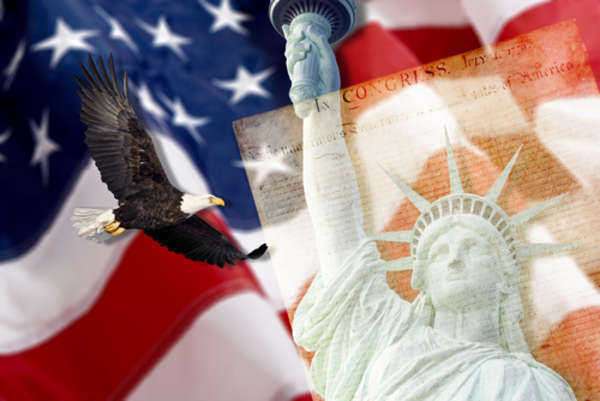 Due process is a right that is guaranteed under the Fourteenth Amendment of the U.S. Constitution. The Due Process Clause of the Amendment states that “no State [shall] deprive any person of life, liberty, or property, without due process of law…”

With the Supreme Court case of Allgeyer v. Louisiana in 1897, the Court came to the conclusion that the Due Process Clause in the Fourteenth Amendment extended to private contracts as well, allowing such liberties as “freedom of contract” to be enforced without the implementation of various social and economic regulations passed by Federal and State governments. In addition, due process requires that a judge remove him or herself from a case if a conflict of interest exists within it.

Before the Fourteenth Amendment was passed with the Due Process Clause, the term “due process” and “law of the land” were spoken and written interchangeably. New York was the first state to include the term of due process within its statutory Bill of Rights in 1787. Eventually, New York requested that the provisions of due process be added to the United States Constitution, with the language, “[N]o Person ought to be taken imprisoned, or be exiled or deprived of his Privileges, Franchises, Life, Liberty or Property but by due process of law.” James Madison considered this proposal and redrafted it to leave out certain aspects of the language.

Various Applications and Interpretations of Due Process in the United States

The Fifth Amendment of the United States Bill of Rights granted due process to the actions of the Federal Government. It was not until the passing of the Fourteenth Amendment that the idea applied to the states themselves. Both clauses, however, are largely identified as the same.

As mentioned above, there have been added components to the Clause which establishes boundaries by which laws operate. Due to the implicit nature of these interpretations, there has been a wide debate about the meaning of the Due Process Clause.

Though the procedural due process has been clearly outlined under the U.S. Constitution, further substantive due process interpretations have been applied and formed by the Supreme Court. These interpretations are quite implicit in nature, though the Supreme Court has applied the Due Process Clause to several areas of dispute within the Court, such as the freedom of contract and other fundamental rights, including privacy.

This was a landmark Supreme Court case occurring in 1897, which helped to strike down a state law in Louisiana because it was deemed a violation of a citizen’s “liberty to contract.” The Supreme Court extended the reach of the Due Process Clause of the Fourteenth Amendment to include liberty as an economic right.

The State of Louisiana filed a complaint to a court, claiming that Allgeyer violated this law in three separate counts. Allgeyer and the defense team immediately challenged this law, claiming it violated the Fourteenth Amendment by stripping Allgeyer of property without due process.

The case went to trial and judgment went in favor of Allgeyer in Orleans Parish Court. After an appeal to the Supreme Court of Louisiana, the judgment was overturning the decision, deciding that Allgeyer was indeed guilty of one of those three counts. The defendant finally brought the case to the Supreme Court of the United States. The Court unanimously agreed with Allgeyer on the grounds of the Fourteenth Amendment and the decision was reversed yet again.

West Coast Hotel Co. v. Parrish was a Supreme Court decision that upheld the importance of minimum wage and legislation enforcement in the State of Washington. This case also applied to substantive due process in that it addressed the struggle between “liberty of contract” and governmental regulation. The Supreme Court decided that the minimum wage regulation in Washington was valid because it was essential for the general health of the State’s citizens and their ability to support themselves and their families.