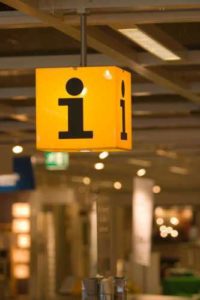 A monopoly maybe defined as one entity being the sole supplier of a particular product or service, thus leaving no room for others to partake in such business enterprises. This lack of competition, then, leaves little choice for
consumers, which places constraints on the economy as a whole.

Due to the advent of monopolies, “competition laws” have been instituted, which are also known as “antitrust laws”. They are set forth so as to ensure that competition is existent within every market of the economy and place
regulations on monopolies. The Sherman Antitrust Act was one of the first Federal statutes to place limitations upon monopolies.

Its main purpose was to prevent companies from garnering power as monopolies. It is employed to protect the consumers as opposed to the companies, as such practices involving monopolies are deemed “failures of the market”. This Act required that the Government be responsible for policing the activity of trusts, companies, and
organizations of the like if they are deemed in violation of the statute.

The basis by which antitrust law is composed comprises of 3 important aspects. These include the following: prohibition of practices that may impose limitations upon “free trading” as well as overall market competition, barring companies from behavior that may lead to market domination or other “anti-competitive” customs, and the overseeing of “mergers and acquisitions,” which entails the dealings between firms of business.
An example of a Supreme Court case with this in mind was that of standard Oil Co. of New Jersey v. the United States.

This was a case in which the Court ruled that Standard Oil had actually been guilty of imposing a monopoly upon the entire petroleum industry. In order to provide a solution to such a monopoly, Standard Oil was ordered to divide itself into various forms in order to ensure increased competition. Another significant Supreme Court case was that of
the United States v. Microsoft. This encompassed a number of previous civil suits filed against the technological juggernaut.

In a final the settlement, Microsoft was ordered to share their software interfaces with other companies for a period of at least 5 years in order to ensure fairness. They
did not, however, need to change any of their bundles, which caused the commotion to begin with. This settlement led to the advent of other competitive computer companies, which would allow consumers choices suitable for their specific technology as well as financial needs.