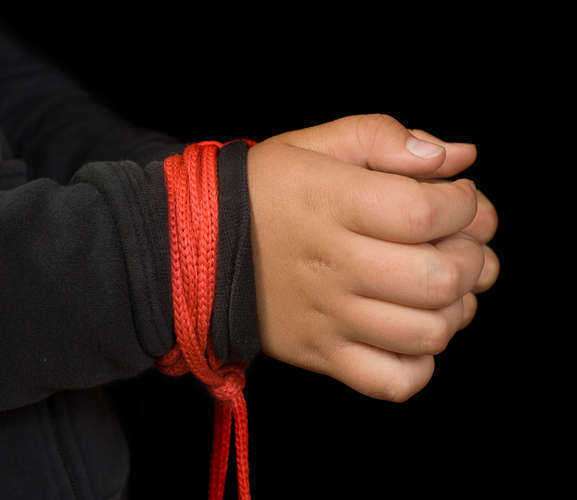 Slavery within the United States represents a time that will remain a distinct imprint upon the minds of all governing bodies. It is described as the forcing of individuals to perform labor as well as other actions with no form of
compensation whatsoever.

Slavery put no basis upon an individual’s rights or wishes, and thus, overrode the person’s legal rights, which we see more clearly today. Its institution during the advent of the United States represented a system now deemed a symbol of utmost inequality.

Significant occurrences within the realm of slavery include that of the period in which certain states began to move toward other avenues of economic means. Due to this, the sale of slaves was increased as they were now being conveyed to deeper areas of the South that still needed manual laborers for the purposes of their regions. Slaves were being separated from their families left and right, leaving more slaves with no choice but to try and flee.

One area of the United States Constitution that contributed to the passing of slavery laws
was that of the “Three-Fifths Compromise”, which entailed that three-fifths of the slave
population be counted for legislative purposes despite them having no voting rights at all. Since slaves encompassed an adequate amount of the population, slaveholders possessed much power in the eyes of the Government, thus leading to the passing of “Federal fugitive slave laws”.

These slavery laws allowed for slaves to be returned to their owners following initially fleeing. An important Supreme Court case in direct relation to slavery is that of Dred Scott v. Sandford. Scott was a slave who sued for his freedom following the passing of his owner. The grounds by which he sued included that he resided in a region where slavery was actually not allowed. Following contrasting decisions in State courts, the
final decision of the Supreme Court was that a slave may not attain free status
even if found to be within a free State.

The Court reiterated that Congress did not have the authority to ban slavery in any specific territory as well as the fact that individuals of African descent were not eligible to become citizens. Therefore, Scott had no basis to sue in the first place since only citizens could file suit in Federal courts. Slavery was dealt yet another burden to carry in this case as it was a constant reminder of the inequality.

With the institution of the Thirteenth Amendment, however, the United States Constitution did away with slavery as well as all practices associated with it. One distinction that the Amendment maintained was that such “involuntary servitude” be allowable due to punishment for a crime committed.

One present-day example akin to that of slavery is human trafficking, which poses
quite a complex situation for that of the United States Constitution. This is
due to the fact that these activities usually involve illegal immigrants. The
fear of deportation and consequences of the like, then, may prevent adequate
reporting of such occurrences despite their unconstitutional nature.