Shortly after the establishment of the Articles of Confederation, a variance in sentiment in regards to varying the legislative model set forth in its contents. Both citizens of the United States of America, as well as various political figureheads, began to develop their own personal ideology in the spectrum of the gubernatorial model that was put in place.

On one hand, many of the smaller states of the Union enjoyed their respective sovereign existence to which they felt they were entitled. Regardless of their size and population, they were able to maintain an equal amount of legislative power as their larger counterparts.

In contrast to the prior monarchical model under which the colonists lived, many citizens of the United States felt that a central government that was subservient to the individual states was preferable to even the mere possibility of the existence of a totalitarian government. Furthermore, the freedom to exist without taxation allowed them to begin to cultivate themselves on a grander level; unaffected by any perceived whim or matter that existed beyond their respective borders.

On the other hand, political groups such as the Federalists vehemently opposed the role, and respective legislative power, allowed the central Government. They maintained that the lack of governmental jurisdiction coupled with inaccessibility to successfully pass legislation on a national level rendered an abuse of power on the part of the individual states, who at the time were acting as sovereign entities.

In addition, the central government’s inability to enforce taxation – albeit a presumably just and fair taxation process – was propelling the financial state of the United States of America into insolvency. Due in part to the disallowing enforcement of taxation imparted on the central government, which existed in tandem with a myriad of expenses incurred from national programs such as the upkeep of a military and a postal service, the central Government was forced to print money devoid of substantial financial backing in order to satisfy its debts.

As the central government began to print money wildly, the value of currency recessed, which prompted monetary inflation on a national scale. Larger states, which oftentimes were comprised of larger populations, were not entitled to additional funding towards the maintenance within their respective State borders. The State of New York was only allowed the precise amount of funding that was allowed to the State of Rhode Island. This occurred isolated from the fact that not only the population of the State of New York but also its land area, dwarfed that of Rhode Island.

The existence of the United States of America was quickly reaching a critical mass. The onset of financial insolvency had spawned various citizen-led rebellions, in addition to a refusal on the part of foreign nations to engage in trade relations with the thirteen states of the Union. Although a novel endeavor upon its inception, a majority of people maintained that the Articles of Confederation and its proposed system of government had proven to be unstable and dysfunctional, which unavoidably thrust the citizens of the United States of America towards a Constitutional governmental model. 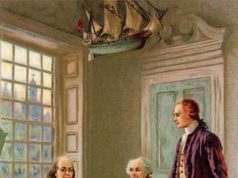 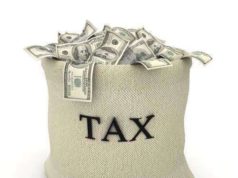