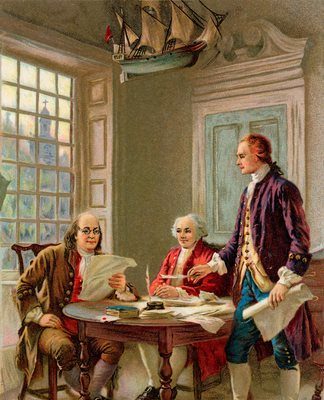 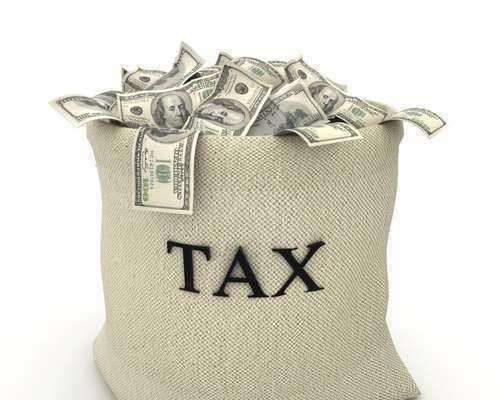 What was the Northwest Ordinance? 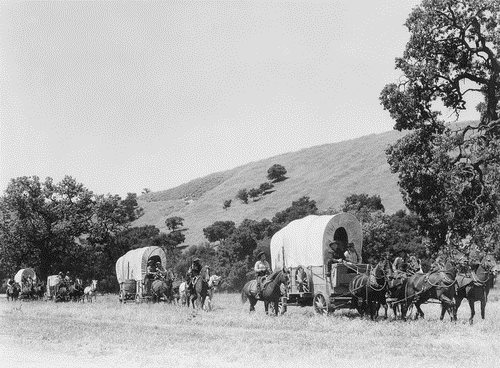 The Northwest Territory included land that existed outside of the original 13 states, comprised of what is now Ohio, Indiana, Illinois, Michigan, Wisconsin, and Minnesota.

Though the Articles of Confederation was founded under the pretense of diminishing the authority that the central Government had over the individual states, the Central Government was given control over the regulation of westward expansion.

They included an outline of processes and regulations, which ensured that the guidelines set forth in the Articles of Confederation were upheld in every territory included in the western expansion effort. Because both the Continental Congress and Thomas Jefferson were in favor of expanding the borders of the United States of America, the Northwest Ordinance was passed in order to persuade, rather than deter, settlers to do so.

In order to retain control of the expansion, only a certain amount of land was allotted to settlers participating in the western expansion effort. The Articles of Confederation allowed the central Government to regulate all boundary parameters set forth in the Northwest Ordinance and, as a result, the central government was responsible for granting statehood to the territories.

1. All settlers were granted freedom of worship;

2. All settlers were both entitled to a trial by jury, as well as habeas corpus;

3. All settlers were encouraged to establish functional community relations, which included school systems and adequate housing. In addition, settlers were forbidden to do unjust harm to Native Americans residing in surrounding areas;

4. All settlers were to adhere to the Articles of Confederation, and as the citizens of the 13 states, they too were exempt from Government-impost taxes;

5. All settlers adhere to the boundaries set forth in the Northwest Ordinance. They were forbidden from expanding past the set parameters;

6. Slavery was forbidden in the western territories.

The Northwest Ordinance was one of the few jurisdictions that the Articles of Confederation had granted the central government and the enforcement of its regulations allowed for a democratic expansion of the United States of America’s border fueled by liberty and opportunity.

The Treaty of Paris signifies the first official doctrine regarding foreign policy and diplomacy between the newly-formed United States of America and all other foreign nations. As a result of the treatment of the Colonists under the British monarchy, a treatment which the authors of the Treaty of Paris regarded as both unfair and unjust, the Treaty of Paris was penned in the hopes of establishing a forum to conduct a just system fueled by democratic and humane diplomacy.

The Treaty of Paris sought to address potentially harmful situations in which international turmoil might occur. With that in mind, the Treaty of Paris establishes solidified borders and boundaries, which delineated the property of the United States of America from that of other nations. In addition, the British loyalists who remained on American soil and had been bullied in the wake of the Revolutionary War, both those taken prisoners, as well as those unjustly stripped of their property, were returned their respective property and freedom.

As a result of the Articles of Confederation’s movement away from a strong gubernatorial presence, the Northwest Ordinance was one of the few legislative aspects over which the central Government was allowed control. After defeating the British in the Revolutionary War, the Continental Congress – as well such political figureheads such as Thomas Jefferson – were anxious to expand the borders of the newly-formed United States of America. As a result, Thomas Jefferson penned the Northwest Ordinance in July of 1787.

The focal point of the doctrine was to not only ensure that settlers participating in the westward expansion would be entitled to the same rights and liberties as those residing in the 13 states but was also to allow room for new states to enter the Union. Contrasting the American citizens’ sentiment of abandonment at the hands of the British monarchy under Kind George II, the Northwest Ordinance ensured that settlers would be protected while colonizing the western frontier.

Though Dickinson drafted an initial version of the Articles of Confederation which ensured the existence of a strong central government, as well as equal representations amongst the states, the remainder of the committee modified the Articles of Confederation prior to sending it to the individual states for ratification. In that final version, the central Government has disallowed any jurisdiction over any statewide legislation. The central Government was permitted to regulate currency, appoint both military and postal service, and manage affairs with the Native Americans. However, the flawed legislative structure established in the Articles of Confederation quickly lead to both financial disarray, as well as an evident disharmony between the states of the Union.

Foreign landowners and investors with property in Massachusetts demanded a prompt repayment of all debts. Due to the depletion of their State funds as a result of the inflation spawned by the central Government, the Massachusetts State Government was forced to employ exorbitant tariffs on interstate commerce. Because farmers and merchants relied on the commercial market as their sustenance, they were quickly subject to imprisonment and foreclosure.

Shays declared these State-imposed tariffs to be both unjust and undemocratic and, in turn, refused payment. He and his fellow merchant-farmers rebelled against the Massachusetts State Government, and by doing so he was considered to bring the innate inefficiency of the Articles of Confederation to light.

Shortly after the establishment of the Articles of Confederation, a variance in sentiment in regards to varying the legislative model set forth in its contents. Both citizens of the United States of America, as well as various political figureheads, began to develop their own personal ideology in the spectrum of the gubernatorial model that was put in place.

On one hand, many of the smaller states of the Union enjoyed their respective sovereign existence to which they felt they were entitled. Regardless of their size and population, they were able to maintain an equal amount of legislative power as their larger counterparts.

In contrast to the prior monarchical model under which the colonists lived, many citizens of the United States felt that a central government that was subservient to the individual states was preferable to even the mere possibility of the existence of a totalitarian government. Furthermore, the freedom to exist without taxation allowed them to begin to cultivate themselves on a grander level; unaffected by any perceived whim or matter that existed beyond their respective borders.

On the other hand, political groups such as the Federalists vehemently opposed the role, and respective legislative power, allowed the central Government. They maintained that the lack of governmental jurisdiction coupled with inaccessibility to successfully pass legislation on a national level rendered an abuse of power on the part of the individual states, who at the time were acting as sovereign entities.

In addition, the central government’s inability to enforce taxation – albeit a presumably just and fair taxation process – was propelling the financial state of the United States of America into insolvency. Due in part to the disallowing enforcement of taxation imparted on the central government, which existed in tandem with a myriad of expenses incurred from national programs such as the upkeep of a military and a postal service, the central Government was forced to print money devoid of substantial financial backing in order to satisfy its debts.

As the central government began to print money wildly, the value of currency recessed, which prompted monetary inflation on a national scale. Larger states, which oftentimes were comprised of larger populations, were not entitled to additional funding towards the maintenance within their respective State borders. The State of New York was only allowed the precise amount of funding that was allowed to the State of Rhode Island. This occurred isolated from the fact that not only the population of the State of New York but also its land area, dwarfed that of Rhode Island.

The existence of the United States of America was quickly reaching a critical mass. The onset of financial insolvency had spawned various citizen-led rebellions, in addition to a refusal on the part of foreign nations to engage in trade relations with the thirteen states of the Union. Although a novel endeavor upon its inception, a majority of people maintained that the Articles of Confederation and its proposed system of government had proven to be unstable and dysfunctional, which unavoidably thrust the citizens of the United States of America towards a Constitutional governmental model.