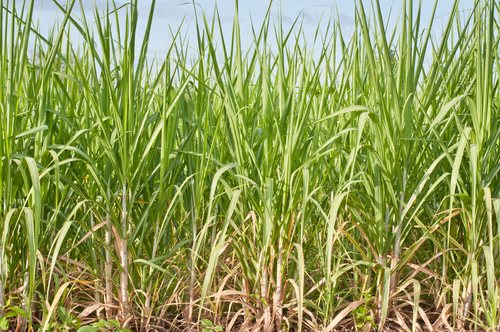 The Sugar Act of 1764, also known as the American Revenue Act, was an act passed by the Parliament of Great Britain on the American colonies in order to raise revenue. The new Sugar Act replaced the Molasses Act of 1733, reducing by half the colonial tax on molasses, but stepping up enforcement of the tax. The Sugar Act not only affected molasses but expanded the diversity of goods that could be taxed. Sugar, wine, and essentially all sugar products, as well as clothing, were to be taxed and strictly enforced.

In 1773 the British Parliament passed the Molasses Act. This act levied a tax on all molasses that was being imported into the colonies from islands in the West Indies; which were not British colonies. Prior to the passage of the Molasses Act, the colonist would get molasses from all islands of the West Indies, including those possessed by the French, Dutch, Spanish and Portuguese.

Molasses was an important ingredient in the colonial era. It is a byproduct of sugar cane refinement and has many uses. It was the number one source of sweetener in the world, up until the 1880s and essential for the

distillation of rum. The rum industry in the West Indies was one of its major sources of income. It was essential in the slave trade between the Colonies, the Indies, and Africa.

The enforcement of the Molasses Act was difficult, if not non-existent. The colonist found numerous loopholes in the way the tax was enforced. Such ways around the law included going to ports off route and unloading the products bought in the non-British West Indies prior to reaching their destination and thus avoiding the tax collector. The colonists would also alter markings on products indicating their point of origin and even bribe tax collection officers. This law proved to be completely unmanageable but remained in effect until 1763 when the Act expired.

Due to Great Britain’s involvement in the French and Indian War, known in American history as the Seven Years War, the British suffered an enormous amount of debt. In addition, due to the French and Indian War, the British Empire felt it essential to keep a standing army in the colonies, not only to protect from invasion but to enforce laws against the American colonists. The Molasses Act of 1733 had just expired a year earlier and the British Empire decided to renew the tax but with some changes. Therefore Parliament passed the Sugar Act of 1764. It was the first tax enacted by the British against the colonists for the purpose of raising revenue.

Details of the Sugar Act

The Sugar Act created a new tax on molasses imported from non-British isles along the same lines as the Molasses Act but the tax was reduced by half. Even though the theoretical cost was diminished the Sugar Act required explicit enforcement. In addition to molasses, the tax was levied on foreign-made coffee, sugar, pimento, and wine. It also limited the quantity of lumber and iron that the colonists were permitted to export to those islands.

In addition, the Sugar Act created a new court system for which evaders of the law were to be tried. Enforcement of the Molasses Act was difficult, part of it stems from the fact that any individuals tried for suspected smuggling of molasses was prosecuted in the colonies by a jury of their peers. The jurors, who were colonists themselves, were always sympathetic to the smugglers and guilty verdicts, no matter how damning the evidence was non-existent. Under the Sugar Act, the suspected smugglers were brought prosecuted in Admiralty Court in Nova Scotia and removed any possibility of having a favorable jury.

The Admiralty Courts, despite being inconvenient and removing sympathetic colonists from the jury pool, were also corrupt. A judge on a smuggling case was able to receive 5% of the worth of the cargo if he was able to find the defendant guilty of the smuggling charge. In addition, the colonists themselves had to pay their own expenses to get to Nova Scotia for their own trials.

For these, and many other reasons, the Sugar Act became a deterrent to illegal smuggling and helped reduce trade between the Colonies and the rest of the western world.

Immediate Effects of the Sugar Act of 1764

The effects of the Sugar Act of 1764 were immediate and widespread. Because the colonists were forced to pay more for molasses, they were also forced to pay higher prices for rum, and therefore exports of the product diminished. In addition, the Sugar Act established the British West Indies as their only serious export. As a result the demand for rum greatly outweighed the supply that was available to the colonists. In addition, the colonies had no trading partners for other products. .

Fully aware of this, the British West Indies were permitted to do whatever they wanted. The prices for molasses, rum, and other native products skyrocketed while the prices for American-made products diminished greatly. They were still forbidden by law to export grain or livestock to the British West Indies and the islands had no use for many of their other products. The Colonies sank into a dramatic recession and the colonists, naturally, blamed their problems on the tax and oppression of the British Empire.

Colonial Response to the Sugar Act of 1764

As a result of the Sugar Act of 1764 and the resulting economic downturn, the colonists began to, for the first time, openly protest the British Parliament’s intervention in colonial affairs. The colonists were adamant about

the idea that Parliament had absolutely no right to levy taxes upon them. This is actually the first time in American history that the phrase “no taxation without representation” is seen. In response to the Sugar, Act colonists formed an organized boycott of luxury goods imported from Great Britain. 50 merchants from throughout the colonies agreed to boycott specific items and began a philosophy of self-sufficiency where they produce those products themselves, especially fabric-based products.

The boycott led to the rise of certain individuals who would be leaders in the revolutionary war such as Samuel Adams and James Otis. In addition to the boycott, the Massachusetts Colonial Legislature formed a committee to address the matter which resulted in the drafting of a letter to Parliament to address the frustration and arguments against the Sugar Act. Following the initial letter, drafted by Samuel Adams, many other letters were sent from different committees. All in total 50 letters were delivered to Parliament in response to the Sugar Act.

Repeal of the Sugar Act

The Repeal of the Sugar Act and the Stamp Act

The Sugar Act was effectively repealed in 1765 due to the overwhelming anger from the colonists. However, the British Parliament instead imposed what is known as the Stamp Act.

The Stamp Act of 1765 required that all paper products used in the colonies had to contain a stamp that signified that it was legal tender. The products included newspapers, magazines, playing cards, etc. It was a lucrative proposition for the British because there was guaranteed revenue and little to no enforcement was necessary. If a document was to be deemed legal, in the eyes of the British government, it had to have a stamp.

To Read the Sugar Act of 1764 please go tohttps://www.historycentral.com/documents/Sugar.html 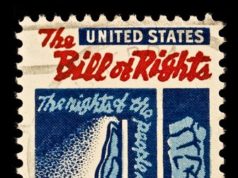 An Overview of the Bill of Rights

A Background to the Constitutional Convention